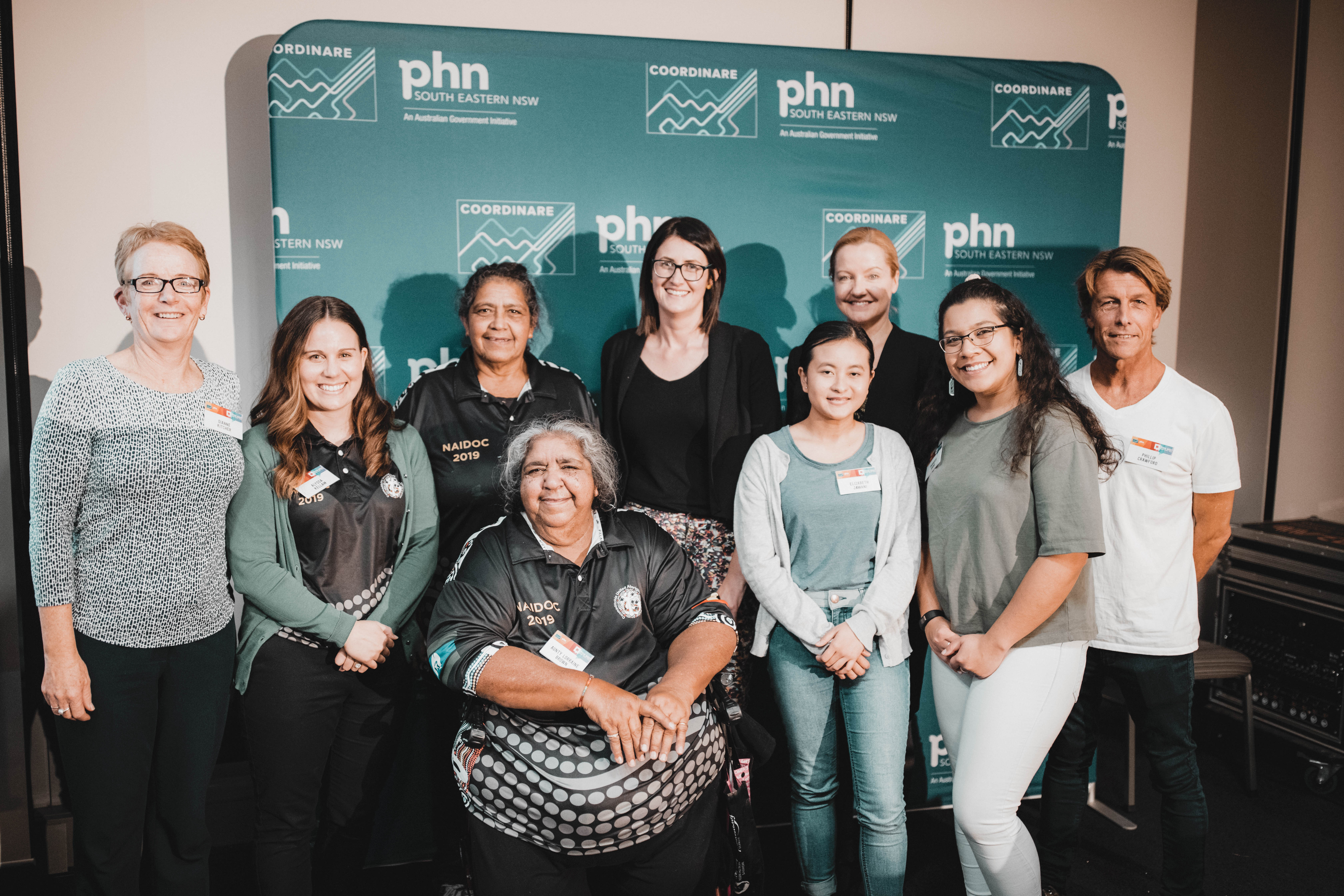 Dianne Kitcher, CEO of South Eastern NSW PHN, said the night was a great evening of passionate story telling about innovative projects designed to improve the health and wellbeing of refugees, Aboriginal people and youth at risk in the Shellharbour and Wollongong local government areas.

“All three finalists delivered compelling pitches to the crowd of more than 100 community members and representatives from health, business council, and non-government organisations in the region,” said Ms Kitcher.

“The audience then had the opportunity to ask questions and pledge $1,800 of COORDINARE funding to one or more initiatives of their choice,” she added.

The pledges were tallied at the end of the night with:

- Coomaditchie United Aboriginal Corporation receiving $70,500 for their Deadly Women and Deadly Girls program. This program will offer a unique and much needed approach to meeting the needs of communities which traditionally don’t access facilities, or mainstream health services. It will tackle some of the drivers of poor health outcomes for Indigenous Australians, encouraging Aboriginal families to be more active, and providing group-based physical activities. People will learn about the importance of staying healthy through active participation in exercise and sport activity across their lifespan. Structured and incidental exercise will be encouraged, through access to equipment in a community hub that is culturally safe and supported. People will also engage in growing their own food, both traditional and organic, and developing and sharing healthy meals with the produce.

- Scarf Incorporated receiving $54,900 for their Lunchbox for health and learning initiative which aims to improve the health and wellbeing of refugee families by providing access to nutritional information, and increasing capacity for healthy, budget friendly cooking and food preparation. SCARF supports refugee families as they adjust to their new lives in the Illawarra by creating connections that improve wellbeing and build a sense of belonging. Developed in collaboration with community members from refugee backgrounds, this program will emphasise preparing healthy snacks and meals for school children, healthy traditional styles of cooking, food budgeting and understanding nutrition, growing your own food, as well as a supermarket tour to increase food literacy.

- Beyond Empathy receiving $49,500 for their Foot on the Ladder (FoTL), art-meets-sport community project, which focuses on creating accessible health / nutrition information for people living in disadvantaged areas in the southern suburbs of Wollongong and Shellharbour. FoTL will produce podcasts of fictional stories set on the sporting field, places where people are engaged in all kinds of physical activity, and in places where food is important. These stories will be inspired by real-life experiences of the kids and families who live in the community. The podcasts will make health information accessible, weaving it with local stories, and will be promoted via traditional and non-traditional media channels.

“It is hoped that giving community members the opportunity to distribute funding across grassroots organisations will have a ‘ripple effect',” said Ms Kitcher.

“They will have an emotional connection to the projects and can see the benefit for their community.

“The benefit for those who pitched is exposure of their ideas, community support and funding to move their initiative forward. In fact, some people in the audience have already offered in-kind support for the projects such as transport, and marketing expertise,” she added.

This initiative is supported by funding from COORDINARE – South Eastern NSW PHN through the Australian Government’s PHN Program.